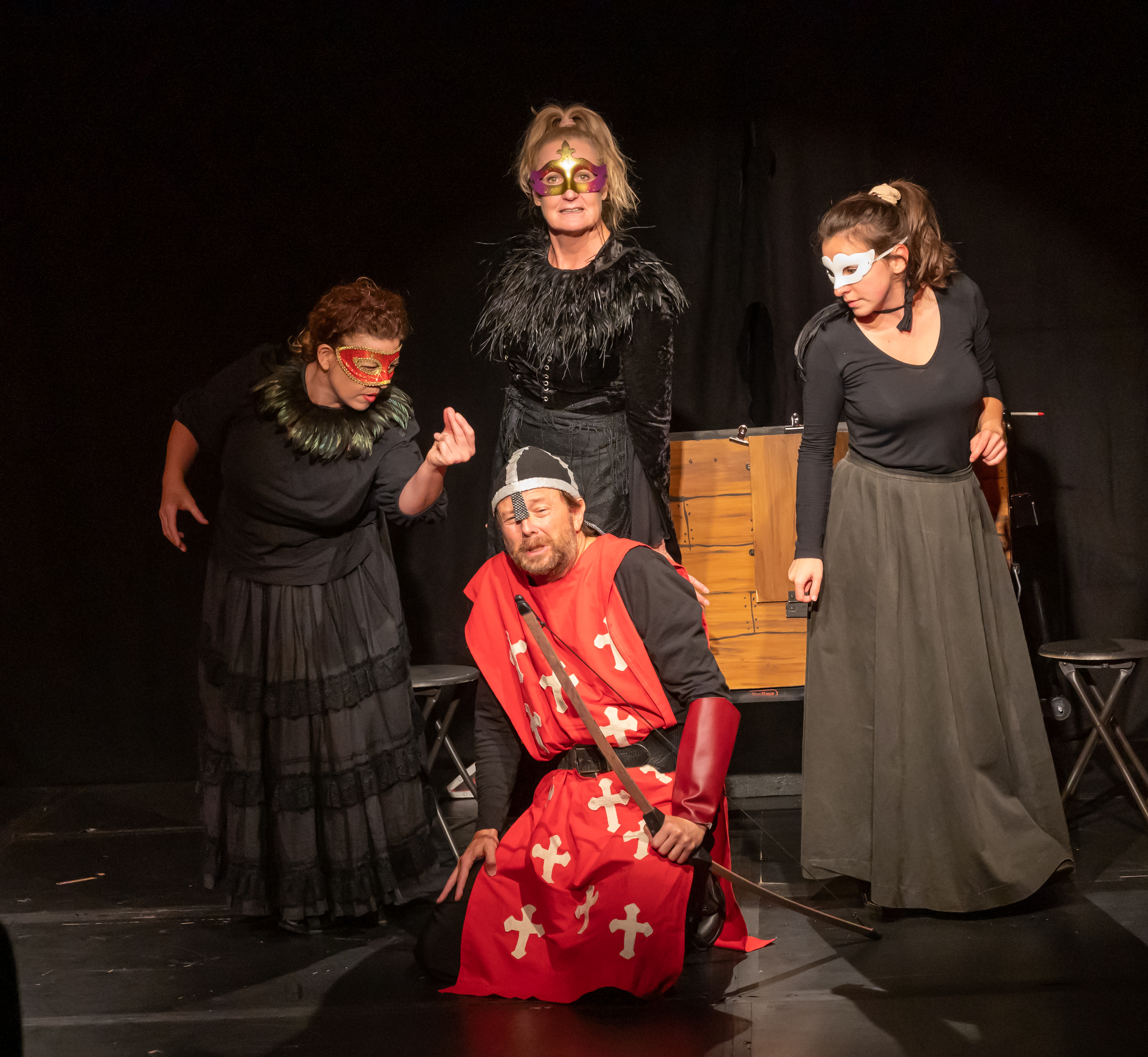 First performed in Battle and at the Edinburgh Fringe August 2022

Battle describes itself as a modern mystery play, and takes the audience on an intricately-plotted historical journey from 1066 to the present day: exploring how women just gather up their skirts and carry on as the men around them love… fight… die.

The imaginative script has shades of Mother Courage, a whiff of Christopher Fry and a hearty, dollopy nod to Euripides

Written by Saskia Wesnigk, the imaginative script has shades of Mother Courage, a whiff of Christopher Fry and a hearty, dollopy nod to Euripides. It shuttles forwards and backwards again from the French invasion of England, when William the Bastard so unceremoniously walloped Harold II with an arrow and snatched the infant country of England for himself. But they are just the first pair of toxic Williams and Harrys we are invited to explore: the Conqueror’s own sons, Shakespeare’s Prince Hal, the currently warring Cambridges and Sussexes are all encompassed in a piece which largely bypasses the more well-known antics of men and focuses instead on the women left to clean-up, cope and chorus about the chaos unfolding around them.

SwanWing Productions have created a neat little piece with a lot of heart and humanity. As the Fates snip snip snip at the strings tying these men to their little lives, the womenfolk plod on… smoking, baking, sewing, passing comment with a weary and cyclical inevitability conducted by Old Father Time himself. The four actors present with care and commitment and are so invested in their characterisations that it is impossible not to be infected by their passion for the subject material and those they are breathing life into.

A review by Paul Bryan, historian

This is a gem of a show, beautifully presented. Occasionally at the Fringe it is possible to stumble across work of the highest quality just by taking a chance. This happened to me when I watched this show. Give it a go, you won’t be disappointed.

and by Emma Kemp, performer of Artorigus, the story of King Arthur

This play is a must see for those with an interest in Early Modern Theatre. Taking inspiration from the medieval mystery cycles, this piece of new writing moves between 1066 and the present day, telling stories through the eyes of the women. War, marriage, family, fate and loss are all explored in a moving and thought provoking way.

The production utilises multi-role, puppetry and music to great effect. Having a wagon as the focal point on stage harks back to the medieval tradition of telling stories, as well as the travelling wagons that followed armies in times of war. It is very reminiscent of Brecht’s Mother Courage. Don’t miss this hidden gem of a play.

Find out more about how ‘Love in the Time of Lockdown’ first came to be: https://www.breadandrosestheatre.co.uk/news

Broadway Baby, Isla Whateley: These relatable stories were lovely to experience. The scenes blend serious, sometimes sad moments with comedy and light-heartedness in an effortless manner, which is important giving the dismalness of the overall subject matter.

The Times, Friday August 13. 2021: Clive Davis: “...there was a mixture of pathos and humour in Love in the Time of Lockdown, a series of gently comic sketches by Saskia Wesnigk-Wood that reassembled memories of a period when some of us really did say such things as, “I really can’t wait to go on a bus again.” One of the funniest episodes found two would-be lovers [Martina Greenwood and Jon Terry] meeting on a date in a park and trying to square the demands of love and lust with the rules on social distancing. Did we really put ourselves through all that? Yes, indeed.”
(More information at the bottom of this page.)

BATTLE, A Modern Mystery Play.
Review by Imogen White:
“This fabulous group of actors kept us entertained in Battle last night. A great play based around William & Harry through the ages with nods to the Battle of Hastings throughout. It was funny and moving and wonderfully acted and written. Go see them if you get a chance, they are ace!” 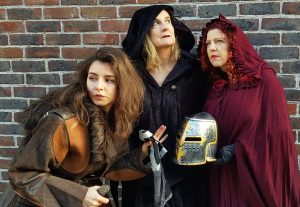 “We knit the patterns large and small
Observe the people short and tall
We see the fighting, see the peace
We see that they will never cease
So on we spin and weave our wool
Observing ev’ry human fool – SNIP!”
With Martina Greenwood, Olivia Post, Claire Coull and Jon Terry

The year is 1066, William fights Harry! How do mothers, queens, wives and daughters cope? They gather their skirts and they soldier on. Telling stories in plays and songs, cooking, praying, working, gazing at Halley’s Comet in awe.

Old Father Time takes us through the centuries as three women and one man tell the stories of what happened before and after the many battles between quite a few Williams and Harrys. Sometimes they are the kings of 1066, other times just two men disagreeing, and then they are the sons of Princess Diana. It is mostly the women looking at their situation, how will they cope when the men and the boys are gone? “Who foots the bill but us women and our hungry children/If we can not stop this feud between Harry and William?“ We also meet magical women, the Fates who see everything the mortals do from a much loftier point of view, and three naughty witches who have their own nasty agenda, sending a hapless modern archer into the shocking past. 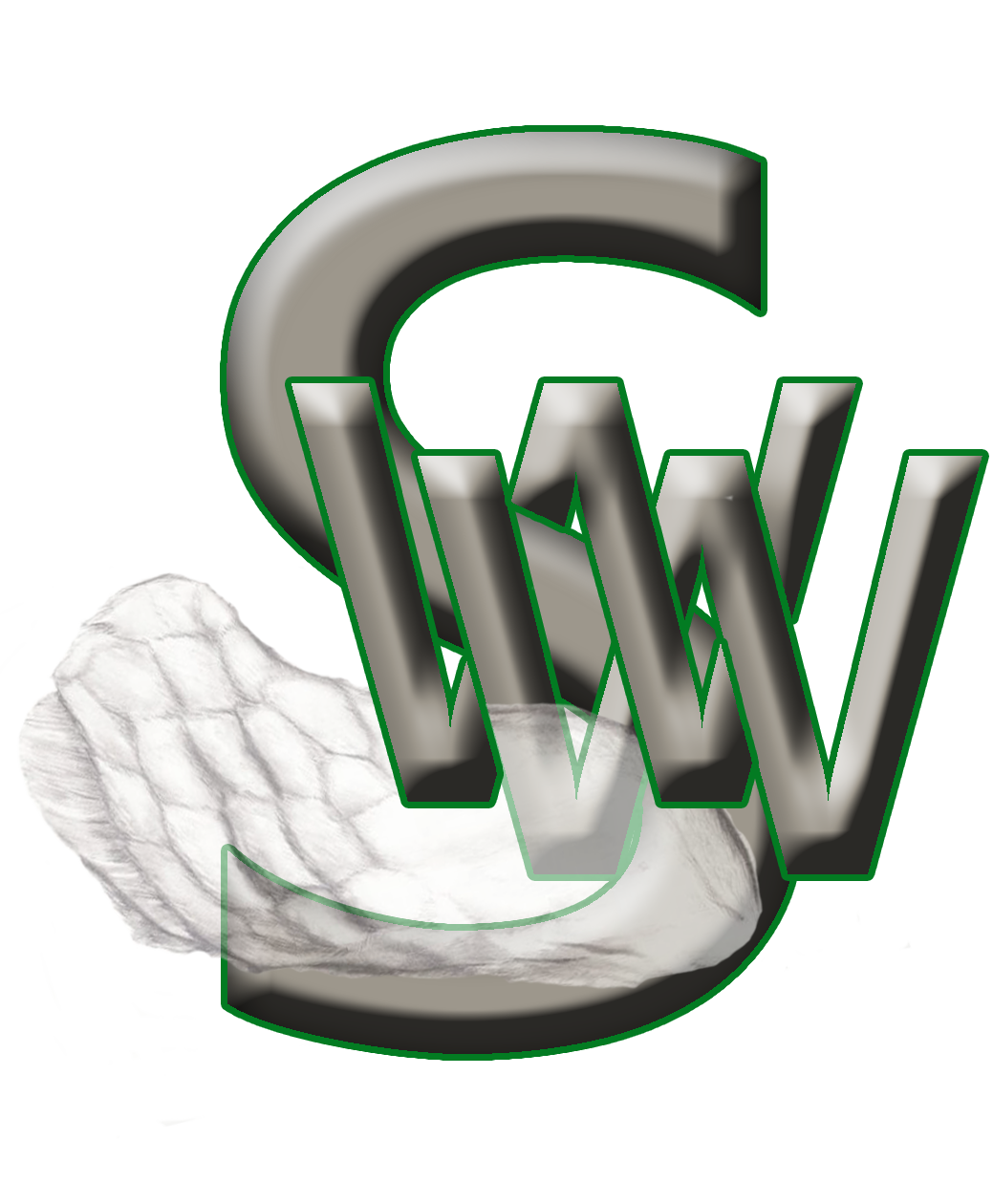 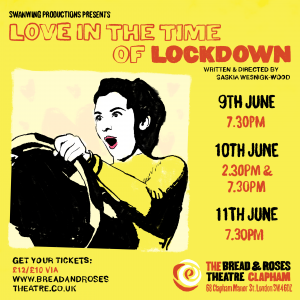 Love never stops, not even during Lockdown, but it gets so much harder. These 17 characters have been lonely, alone or had not a moment of privacy. They have been brave or resigned, they’ve run away or stayed put and some had hallucinations – or did they?
In a number of scenes six actors portray acutely observed people from all walks of life: illegitimate lovers, the patient who suddenly fancies the doctor, those who call a helpline just to have someone to talk to, and those who quietly get on with their incredibly difficult lives. A young woman talks to her car, an old woman almost cries when her budgie kisses her on the cheek. Actors miss the limelight but still have each other. This hour will have you laughing and crying and talking about how it was for you, for your neighbour and your friends. Everyone has a different story, everyone needs to be heard.
Cast:
Claire Coull
Gillian Fischer (not taking part in the 2022 Edinburgh perfomances)
Martina Greenwood
Olivia Post
Jon Terry

Written and directed by: Saskia Wesnigk-Wood

Photos from the Brighton run by Strat Mastoris: 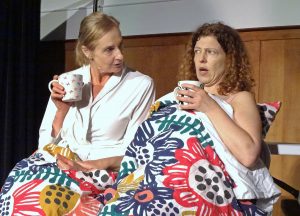 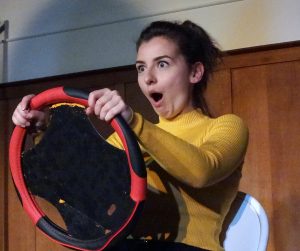 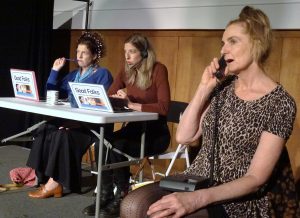 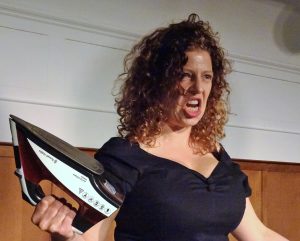 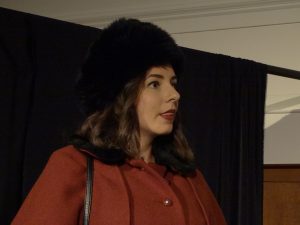 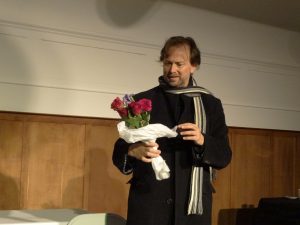 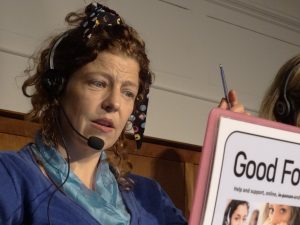 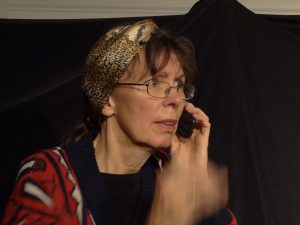